the different types of golf shots 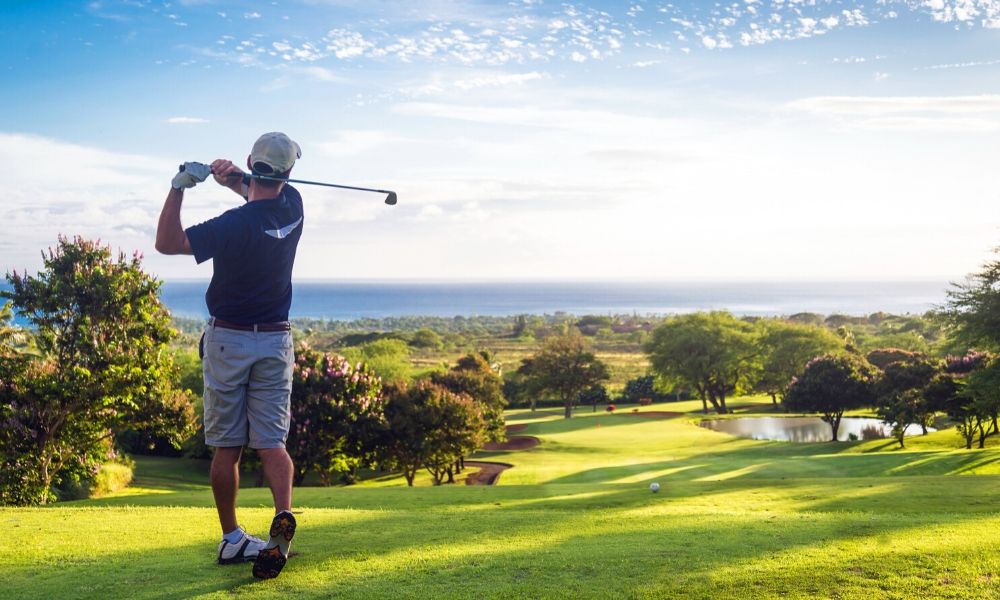 Although the average person might look at golf and only see one swing with varying degrees of distance achieved, there are actually many distinct shots in the game, all of which require great skill and finesse. If you’re new to golf and are not yet familiar with these, it is paramount that you begin to understand them and work towards getting to the point where you can use them proficiently. Many situations can arise during a game, and each shot has its place as a tool with which you meet them. We’ll go over the different types of golf shots out there so you can expand your knowledge.

A drive is the main long-distance shot you will make. It is used as the initial stroke to get the ball from the tee closer to the green where the hole lies. Most often, you will use a driver club to hit a drive. If the distance to the hole is shorter, though, you may use an iron or wood. When thinking about where you want to hit the ball, try to aim for a location that will make subsequent shots easier. Avoid landing the ball somewhere a hazard may block you from the green or where trees make it difficult to see the hole.

As the next major connector on your path towards the hole, an approach shot moves your ball from the fairway to the green. It is the ideal you strive to set up with the drive (and an additional prior shot or two on longer courses) since you are taking only one additional shot to get in the green. You usually use an iron club or a hybrid for an approach.

Lay-ups move the ball into a safer position on the fairway for subsequent shots and are thus among the shorter shots in the long game. You favor a bit more precision over distance with a lay-up. This kind of shot is necessary when a hazard is barring the way between the ball’s current location and the green or when you do not have a clear view of the green. A lay-up may also be useful to hit the ball to a distance from the hole that you have an easier time hitting in accurately, even if there is no physical barrier in your way. Irons, woods, and hybrids are possible clubs to select for this shot.

Another more specific long-game shot, the distinguishing characteristic of a punch is that it hits the ball closer to the ground. To put it another way, you do not want the ball to attain a high arch in the air with a punch. You may want to use a punch when there are trees ahead that your ball may hit if it flies too high. A punch can also prove invaluable on breezy days where the ball’s trajectory would be influenced by the direction that the winds are blowing in, possibly veering it into an unwanted path. An iron is a common club to employ for a punch.

Similar to a pitch shot, a chip is also performed with clubs that have a high loft. However, unlike the pitch, the chip causes the ball to roll more after it lands. Since it is performed so close to the green, you curb your swing and use a narrower stance, similar to that of a putt (which we discuss in detail below). Chips are used in several scenarios. You may chip simply to get the ball near the hole when it is slightly outside the green. Alternatively, you may need to get it over some rough that the ball cannot roll in. Most people play this shot with a wedge or higher-loft irons.

A flop is also comparable to the pitch, but it is done over a much shorter distance from the green. With it, you again want to minimize the roll of the ball after it lands to maintain your accuracy. Flops are beneficial when you have something like a hazard in the way of the green. If you know that the particular green is prone to allowing the ball to roll more than you prefer, a flop can mitigate that effect as well. Naturally, wedges are most suitable for a flop.

There is a specific shot for getting your ball out of a sand bunker and back onto the fairway or green—it’s aptly referred to as the bunker shot or sand shot. You hit the ball high to raise it out of the trap using a sand wedge club. In practice, your clubface does not directly touch the ball, but rather the sand underneath the ball.

With all these prior obstacles overcome, all that remains for you is to putt the ball so that you can get it in the hole. Putts are specifically described as shots that are carried out with putters. They are usually executed within the green and cause the ball to roll without ever leaving the ground.

Knowing the types of golf shots is just the preliminary portion of improving your abilities. You should next get out on the course to practice your form in each so you are equipped for games. When it comes to discount golf clubs in Las Vegas that you could join, contact The Club at Sunrise. You will have space to sharpen your shots by visiting our quality course consistently—all without spending a fortune. 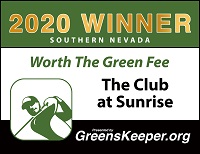